We know you have a birthday - so take advantage of these offers!

A Little About Me…

Okay, so if you don’t know me…I’m all about helping people save money through discounts, coupons and even finding freebies. I also like to help businesses owners, executives and restaurant managers save money through discounted advertising packages my company has to offer. In addition to liking the New York Yankees and some Florida State football, I also enjoy watching crime-based movies based from the New York City area, where I’m originally from. While I never met him, I always liked John Gotti. We were both born in the Bronx. Enough said! 🙂 If you like crime-based movies and John Gotti, then you’ll like this freebie.

Okay, warning…sometimes I stretch the “freebies” term just a bit but within reason and to benefit you. Trust me, it will save you money. 🙂 I was viewing some videos on youtube when I came across the full movie “Gotti!” It was the 1996 version — sometime in 2018 another version made it to the movies staring John Travolta. I watched the whole movie and admit I watched it again one night later in the week. Then I thought I have to share this with you because not only is it a great movie (in my opinion), it also is a freebie. My recommendation to you is instead of renting a movie the next time you want some entertainment, set aside two 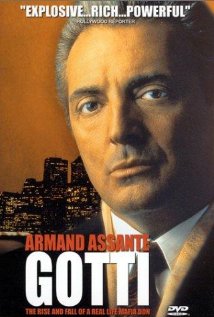 hours so you can watch this one evening or weekend and enjoy the entertainment of watching this great movie from your home; or even on your cell phone or tech device of choice.

What You Can Do…

Just scroll to the bottom of this page and play the video if you want to skip right over to the movie.

Suggestion – When You Watch This Movie…

For the first five minutes and change, the screen will be faded to black with intent. If it’s hard to watch, just listen. It will set-up the introduction along with the start of the movie for you. Also, there definitely is some suitable language involved. It’s not anything I’m concerned with on my end other than being respectful to any of you who may have a distain for bad language. Consider that before watching Gotti.

Armand Assante is a great actor and has a great performance in this movie. Again, going with the premise I like John Gotti, I also loved the HBO series The Soprano’s when they were on TV from which first aired in 1999. Primarily because it was a great series and something I could watch on a Sunday night before another start to another work week. The other reason why I liked The Soprano’s is because it was based in Northern New Jersey. While residing in New York, I used to spend some “play time” over there…then later on relocating to Northern New Jersey at the same time frame. So watching The Soprano’s was an obvious choice where I could view some great movie scenes along with great scenery from my local area. It was just very relatable. The topper would be to go into the work office on a Monday morning and lots of us would congregate around our respective offices and rehash the locations we saw in the background. The Bada-Bing was about 2 miles away from my home.

Enjoy the movie and think of me when it comes to helping you save money…along with introducing you to watching Gotti! 🙂

Definitely Got Customers
I reviewed the coupons that were redeemed and South Florida Savings Guy brought in twice what we expected in sales in the first month. Nice! Will renew.

Great Investment!
Loved getting the traffic from South Florida Savings Guy. Best investment in a while for getting new, local clients. So worth the little cost!

Thank You!
… Your expertise, knowledge and professionalism added great value to the business sense of one and all…

No-Brainer Ad Spend!
We were looking for a cheaper alternative to paid search and found it with SFLSG. No brainer marketing for our shop and business. Thanks!

HarrisonHCA Enterprises
Check Out This Week's Circulars
Always Up To Date!

We use cookies on our website to give you the most relevant experience by remembering your preferences and repeat visits. By clicking “Accept”, you consent to the use of ALL the cookies.
Cookie settingsACCEPT
Manage consent

This website uses cookies to improve your experience while you navigate through the website. Out of these, the cookies that are categorized as necessary are stored on your browser as they are essential for the working of basic functionalities of the website. We also use third-party cookies that help us analyze and understand how you use this website. These cookies will be stored in your browser only with your consent. You also have the option to opt-out of these cookies. But opting out of some of these cookies may affect your browsing experience.
Necessary Always Enabled

Any cookies that may not be particularly necessary for the website to function and is used specifically to collect user personal data via analytics, ads, other embedded contents are termed as non-necessary cookies. It is mandatory to procure user consent prior to running these cookies on your website.