Explore the magic of the modular Diagon Alley™ with the newest addition to the LEGO® Harry Potter™ universe. Featuring a hidden lever to trigger movement of statues, compatibility with the Creator Expert modular building series, and 14 minifigures (with some exclusives) such as: Gilderoy Lockhart, Lucius Malfoy & Daily Prophet photographer! This set will retail at $399.99.

LEGO.com is also launching another exclusive today – the LEGO® City Main Square! This set is complete with a large town hall building, the Great City Park, The Diner, The InterCity Tram, Rock Band Stage, Limousine and even more. 15 different minifigures are also included to tell your own LEGO® City story. The set will retail at $179.99.

One Free Month of Unlimited Movies With Netflix

If you enjoy going out to the movies but just don’t have the time or energy; then Netflix has an offer you’ll enjoy which will also save you money! 😉 Netflix is offering a one […]

Get Your All-New Annual Pass Today! World-class rides, shows, and award-winning events await you at SeaWorld Orlando! Visit again and again, plus, create additional memories with your family that will last a lifetime. It all […]

If you are planning to visit Walt Disney World in Florida or Disneyland in California, you should plan ahead with their Disney Planning Kit. This contains valuable information via brochures and online videos. Both locations […] 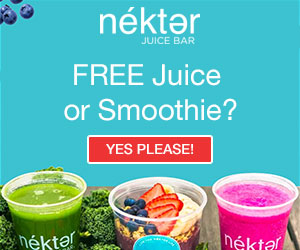 Great Investment!
Loved getting the traffic from South Florida Savings Guy. Best investment in a while for getting new, local clients. So worth the little cost!

Definitely Got Customers
I reviewed the coupons that were redeemed and South Florida Savings Guy brought in twice what we expected in sales in the first month. Nice! Will renew.

No-Brainer Ad Spend!
We were looking for a cheaper alternative to paid search and found it with SFLSG. No brainer marketing for our shop and business. Thanks!

Thank You!
… Your expertise, knowledge and professionalism added great value to the business sense of one and all…

City of Port St. Lucie
Check Out This Week's Circulars
Always Up To Date!