We know you have a birthday - so take advantage of these offers!

Sitting in an office while looking at a magazine filled with coupons, I couldn’t help but to ask myself, what was the best coupon + sale match-up I ever used. Meaning, what manufacturer coupon did I ever combine to match up with a sale price offer to score the best deal possible?!?

Okay, lets go back a few years. Back in 2011 during the new TV craze of Extreme Couponing seen on TLC (The Learning Channel), it inspired me to start looking at manufacturer coupons again and match them up with the best sale price or even store manufacturer I could find. 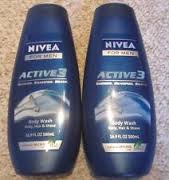 There were 16.9 oz. bottles of NIVEA shampoo for sale for $3.00 at Walmart. Okay, no big deal you’d think…until I saw there was a coupon for $3.00 in my local Sunday paper for $3.00 off NIVEA shampoo for that same sized bottle. Yeah, I know! The reality check was this was going to be a freebie for me! 🙂

So I had a few coupons. I was receiving a few newspapers delivered to me over the weekend. That’s one of the best ways to cash in on coupons…to get a weekend subscription to your local newspaper at a ridicoulously low price of ONLY $10 per year. Think it was a Groupon offer I took advantage of. Okay, getting back to the point…

…I went to Walmart with 4 NIVEA shampoo manufacturer coupons to the counter for the cashier to ring out along with my four 16.9 oz. bottles of NIVEA shampoo; just like the ones in the photo above. I had the cashier ring this up separately from other items I purchased on my same visit. I wound up paying for only the sales tax on this purchase…a whopping $ 0.06 cents per bottle! So I wound up paying only $ 0.24 cents for four bottles! Normally these cost $3 each! 🙂

I had the fever! I was hooked. I’m not a hoarder nor am I one of those people who “clears the shelves” by purchasing 20-30 items per shopping trip. I had to be cool about this. I found more of these same coupons in a rack that had the FREE local weekly circular. Inside this circular had the same coupon inserts I needed for NIVEA. Yes, I took 20 more of these coupons.

I can justify this very simply. The rack I found it at was in my development and there are always extra circulars laying around that need to be picked up by the

newspaper delivery people. If they aren’t picked up by the residents, they become recycled to make room for the circulars newest edition.

I wasn’t going to let this go to waste! I took the coupon inserts since they would have been taken away anyway and wisely went back to Walmart and purchased a few more each time. I would buy 5-6 bottles on each attempt and distribute the same amount of coupons. Within a period of about 7-10 days I purchased 20 – 25 bottles for ONLY $0.06 cents a bottle.

I admit I definitely went overboard; however, I wasn’t hoarding coupons. I ordered only a few bottles each time. I was considerate! I did not “clear the shelves“…as I wanted others to take advantage of this offer.

Each time I returned to Walmart, they restocked their shelves with more of these same bottles. They had a lot of inventory in place. So to me, I rationalized it that they had a large amount of stock available and no harm was done by me purchasing these NIVEA shampoo bottles at the rate I was ordering them. So yeah, at 20 bottles x $0.06 per bottle…I paid a WHOPPING $1.80 for 20 bottles. I think I purchased a few extra bottles; but don’t recall the exact number. 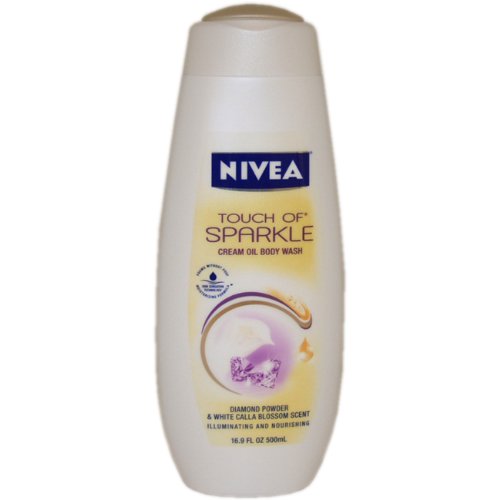 RECALLING THE SITUATION: What I think happened was NIVEA and Walmart weren’t on the same price with regards to pricing this item versus the coupon value issued. Ever since then, whenever I would return to Walmart, I would visit the same aisle just to see the price of the shampoo bottles. While I haven’t noticed any price increases, I noticed the coupons issued for NIVEA shampoos have been either less than $3.00 OR they are now $3.00 off of two bottles.

How do I know those bottles were 16.9 oz.? Because I still have a few left five years later! 🙂 I bought different varieties too so I purchased some of the Active3 Original for Men and different fragrence versions of the NIVEA shampoos. I also use them as body wash in the shower. It was a win-win for me.

Again, this was something that I normally wouldn’t practice nor do I advocate doing. Even with this hard to believe manufacturer + store sale match-up, I still did the right thing by not clearning their shelves by taking all of their products in one-swift purchase. I ordered only a few bottles per trip to make sure they had enough stock plus I took the coupons that would have been normally recycled or discarded. As far as I’m concerned, while I definitely took advantage of this coupon + store sale match-up, I was within the scope of being an ethical couponer for this awesome score! I am smiling as I type and reminisce about this. I wish I had the coupon to take a picture of and place here to show you…you’ll have to take my word for it.

City of Port St. Lucie
Check Out This Week's Circulars
Always Up To Date!

We use cookies on our website to give you the most relevant experience by remembering your preferences and repeat visits. By clicking “Accept”, you consent to the use of ALL the cookies.
Cookie settingsACCEPT
Manage consent

This website uses cookies to improve your experience while you navigate through the website. Out of these, the cookies that are categorized as necessary are stored on your browser as they are essential for the working of basic functionalities of the website. We also use third-party cookies that help us analyze and understand how you use this website. These cookies will be stored in your browser only with your consent. You also have the option to opt-out of these cookies. But opting out of some of these cookies may affect your browsing experience.
Necessary Always Enabled

Any cookies that may not be particularly necessary for the website to function and is used specifically to collect user personal data via analytics, ads, other embedded contents are termed as non-necessary cookies. It is mandatory to procure user consent prior to running these cookies on your website.